How to stop being afraid of failure.

Steve Mululu walks us through his top tips for overcoming your fear of failure.

How to stop being afraid of failure

It seems that failure tends to be more public than success. Or at least that’s what we perceive it to be. We fret it, we try to avoid it, and we question ourselves every time we have unconventional ideas. But the simple truth is – no great success was ever achieved without failure. It may be one epic failure. Or a series of failures – such as Edison’s 10,000 attempts to create a light bulb or Dyson’s 5,126 attempts to invent a bagless vacuum cleaner. But whether we like it or not, failure is a necessary stepping stone to achieving our dreams.

How many cool projects died at the idea stage because of someone’s fear of failing at implementation?

If every inventor was afraid to make mistakes and gave up the idea, it is unlikely that you would now be reading this article from the screen of a smartphone or laptop, driving to work by car and enjoying other benefits of civilization.

1. Remember: failure means that you are not standing still

Mistakes are not made by someone who does nothing. If you fail, this is a sure sign of progress towards the goal.

2. Think of failure as an experience that helps you get better

Most likely, you will not repeat the mistake again. You will discover your weaknesses and do it differently next time. And if it doesn’t work out again? So, you will gain experience again. And so on until you reach what you are going to.

Every failure is a valuable lesson.

You will see that everything can be useful.

3. Don’t identify failure with yourself

You don’t have to think that you are a loser because you make mistakes, or something doesn’t work out for you. You would be if you didn’t learn from it and stopped for fear that the situation would repeat itself.

4. Prepare for difficulties and decide how you will cope with them

Scientists have found out that positive attitudes alone are not enough to cope with the negative.

The subjects were asked to imagine the next week. The first group had to think exclusively positively, and the second — as it sees fit. It turned out that people who saw a wonderful future, then were less energetic and did less than the rest.

A balance between positive thoughts and willingness to deal with difficulties is more effective than one optimistic attitude.

5. Focus not on the problem, but on its solution

Thinking about a problem takes energy and time, which is better spent on solving it. Don’t think about failure, try to prevent it. This will not only relieve you of unnecessary stress, but also help you identify weaknesses. 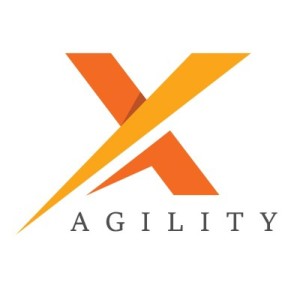 We help people achieve the body of their dreams while gaining more energy, living longer and feeling better about themselves and always having fun in the process.

We will never sell or propogate your data. Your privacy is important to us.

Get a free inbody biometric assessment worth r750!

Know exactly where you are and where you want to go with our Biometric Assessment and Report. Touch base with us now!